In 2016, founder Yvonne Wan, provided advertising consultancy and marketing services as a volunteer to help the Veterans of Foreign Wars (VFW) with charity fund raising.

Yvonne re-designed the VFW’s website, implemented new digital strategies and organized an online fund raising campaign (Red Shirt Fridays) to promote the sale of VFW red shirts to support our local troops. The red symbolizes the blood that American Veterans have sacrificed for our freedom. Honor the dead by helping the living.

The idea of the community campaign is to involve the locals (representing our community and the target audience) by having them model the red shirts as part of the 2016 advertising campaign. The new photoshoot has an American Cowboy theme to promote patriotism. Yvonne selected McDowell Mountain Regional Park and also some desert land behind First Baptist Church of Fountain Hills as a location for shooting. Both locations featured strong wild west features such as Sonoran desert land, epic mountains  and saguaro cactus. The American flag is featured heavily in the photoshoot which adds a symbolic, powerful and meaningful feel to the campaign. Locals are encouraged to wear the VFW Red Shirts every Friday in honor of those who served the United States.

All proceeds from the sale of VFW Red Shirts went towards the Veterans who have served their country. Proceeds went towards improving the welfare of our local Veterans such as helping veterans with mobility issues (provision of zimmer frames, walking canes and help with transportation), ensuring Veterans have a place to socialize (VFW Building fund), and training Veterans on how to use computer technology to enrich their lives (job searches, resume building ect). The shirts are designed for our community members (the general public) and also veterans.

To enhance the sale of VFW Red Shirts further, Yvonne organized a network of local businesses who are willing to back the campaign by offering locals 15% business discounts if they wear the VFW Red Shirt on Friday.

Check out our online and offline advertising campaign for the VFW. Please also scroll below to watch a promo film produced by Yvonne Wan. 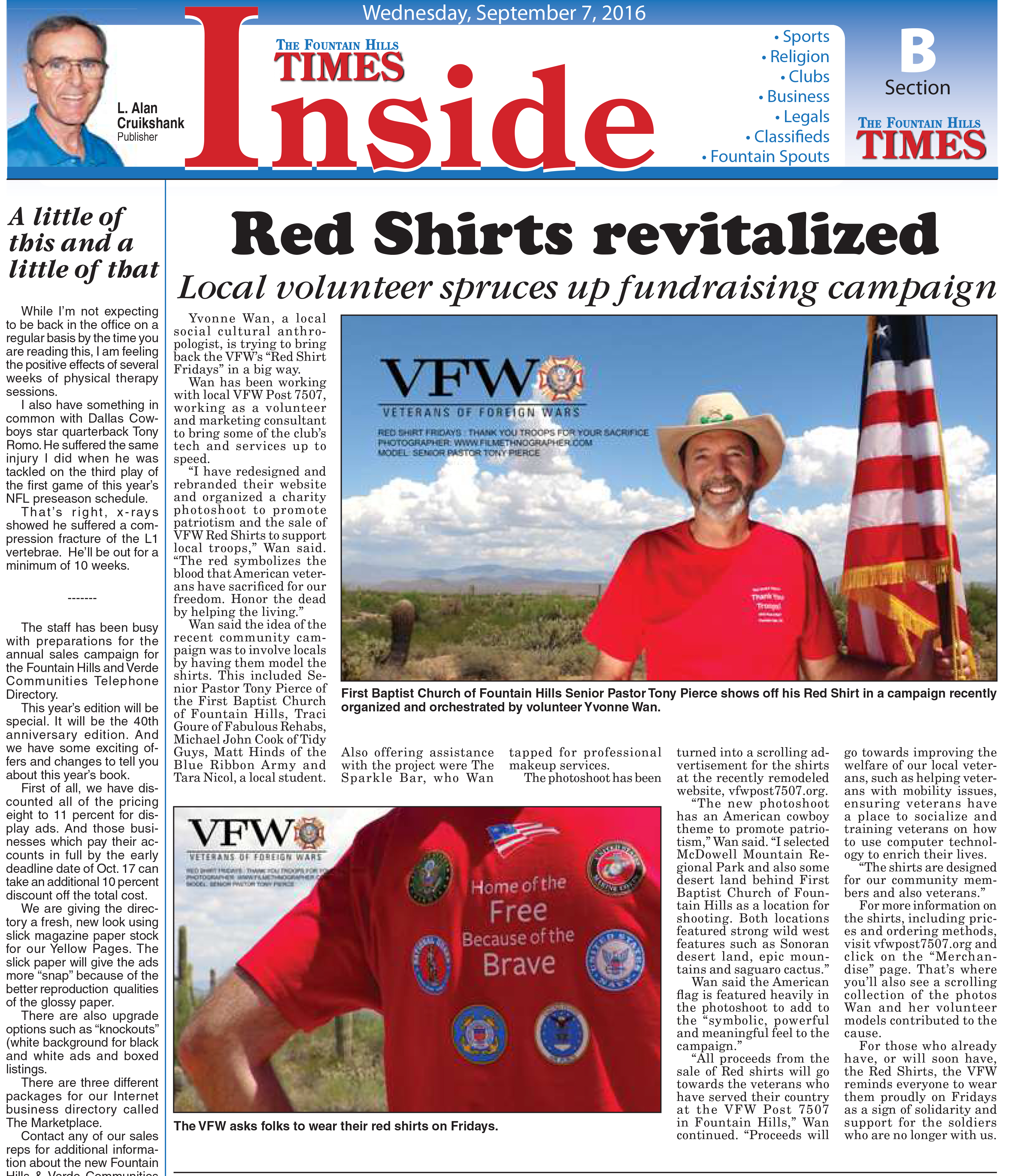